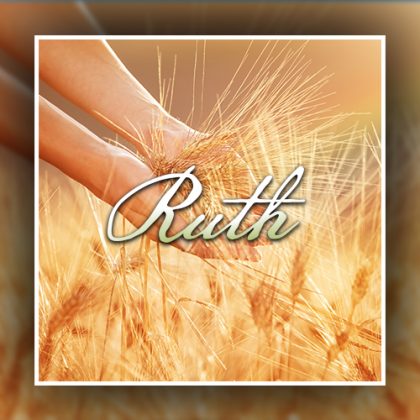 INTRODUCTION TO THE BOOK OF RUTH

Ruth is one of the greatest love stories ever written. It not only tells the true story of Ruth and Boaz, but also gives a picture of the Redeemer, Jesus Christ. We find the drama of three poor widows struggling seemingly without hope. The oldest (Naomi) seems to be bitter against God. Another, returns to the gods of her people. Yet another (Ruth) puts her trust in the Lord, and finds grace in the eyes of a wealthy landowner (Boaz). While trusting under the wings of the Lord she is redeemed, and has a son (Obed) who is the grandfather of King David. Just as Ruth found Grace in the eyes of Boaz, we can find grace in Jesus Christ our Kinsman Redeemer.

Understanding the principle of the kinsman redeemer. Law of the kinsman redeemer Deuteronomy 25:5-10.  The Lord intended for each family to retain their land from generation to generation in Israel. When someone died having a wife, but no children, their next of kin (usually a brother) was to take the widow to be his wife. If they had a child together it was to be brought up in the name of the dead man, and receive the dead man’s inheritance. If the next of kin refused to redeem the widow he was humiliated by having his shoe removed, and the widow may also spit in his face.

When we are born, we are born into sin, and being as dead men with no inheritance we need a redeemer. No natural man (though he may be of our family) is able to redeem us, because he too was born a sinner. The law could not redeem us even if we were able to keep it. The blood of animals is not sufficient to redeem us. Only Jesus Christ is both willing and able to be our Redeemer. He is able because he was born into the family of man, and being the Son of God, knew no sin. He is also willing to redeem us, “…he that cometh to me I will in no wise cast out.” John 6:37

In the book of Ruth, as with much of the Bible, it is important to understand the meanings of the names of places and people. It is ironic that a man named Elimelech (my God is King) would seemingly lose hope, and leave Bethlehem (the house of bread) during a famine. The country to which he brings his family is Moab (of his father) who is descendants of Lot. The sons of Elimelech, Mahlon (sick) and Chilion (sick, pining) both die, and we are left assuming that it was from bad health. When Naomi (my delight) has lost her husband and sons, she seeks to return to Bethlehem, because she hears there is bread in Bethlehem (the house of bread). Upon returning Naomi (my delight) is bitter and wishes to be called Mara (sad, bitter). The greatest comfort Naomi has in the worst of times is Ruth (a female friend). (The meanings of names were found in “Smith’s Bible Dictionary.” Ruth – “the kinsman redeemer”