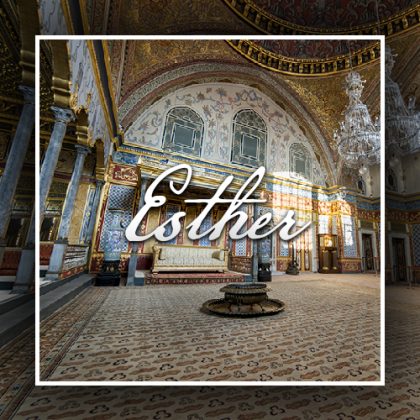 Introduction to the Book of Esther

There are only two books in the Bible named after a woman. But, oh what great truths God teaches us from these two women. In Esther, we see the mighty hand of God, even though we do not hear His name. He is protecting His people. One man’s wicked plot is stopped by the courage of a woman named Esther. Esther was a submissive woman. Even though she was a grown woman and had become queen, she listened to her uncle who raised her, and obeyed him. She was placed there by the mighty hand of God. What looked like tragedy, (her parents had died and she was raised by her uncle, Mordecai) turned out to bring deliverance for the Jews. Her Persian name Esther comes from the word Star. And she allowed God to use her in a dark season to bring deliverance to God’s people. Esther’s Hebrew name means “Myrtle” (Esther 2:7); sweet smelling in bad times. All of this teaches us that when a person submits to authority, especially God’s authority they can be used of God to shine forth in darkness and deliver people from darkness.

Two great statements are made in the book of Esther:
First, “Who knoweth whether thou art come to the kingdom for such a time as this?” (4:14). You do have a purpose in life no matter what you are facing.
Second, “And if I perish, I perish.” (4:16) I will do what I must for the kingdom of God. And if I die, I die. (In His will, doing His work and worshiping Him.)

Read this book slowly with your eyes open to the unseen hand of God. For “Somewhere in the shadows” you will find Jesus. He was there all the time, even though no one said His precious name.

Esther – “the providence of God”