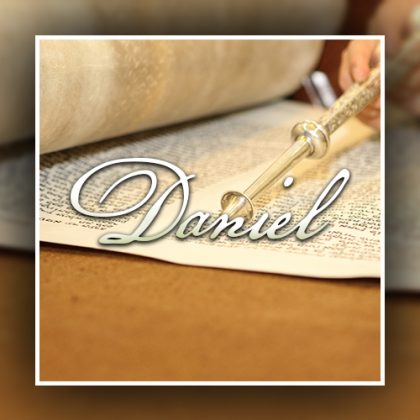 The nation of Israel had turned their back on God and had gone after other gods. For punishment, God sent Gentile nations to conquer Israel and years later to conquer Judah. The Book of Daniel was written by the man Daniel who was a teenager around 607-605 BC when Judah (the Southern Kingdom) was defeated by Nebuchadnezzar, King of Babylon. The Babylonians had the habit of taking the best looking, best educated of the royal young people taken captive back to Babylon to be trained for future work. Such was the case of Daniel and his three companions. It is apparent that these young men were well educated in the Mosaic Law and were “practicing” the worship of the God of Israel. When tempted to leave the dietary standards of Moses’ law, they refused and remained steadfast. What an example of holy and dedicated living they are for us today! This dedication to God is seen in all four men as they grew up and lived in the heathen cultures of four different kings, Nebuchadnezzar, Belshazzar, Darius and Cyrus. It is very possible that Daniel had such an impact on the decisions of Cyrus that the Hebrews were released from captivity in 536 BC while Cyrus was in control. This action reveals the basic theme of the Book of Daniel as seen in Chapter four, verse 25b, “…till thou know that the most High ruleth in the kingdom of men, and giveth it to whosoever he will.”

The second part of Daniel, Part II, is prophetic and includes well known themes such as “the Seventy Weeks of Daniel.” This Book is the key to understanding God’s time table with His chosen people, Israel, and the Book of the Revelation. Likewise, Daniel is best understood with the insights given in Revelation. One may also see God’s dealing with the Gentile nations prophetically such as the ten nations who will be in control at the beginning of the Tribulation period.

Why study this Book? The Bible says, “That all scripture is given by inspiration of God, and is profitable for doctrine, for reproof, for correction, for instruction in righteousness:” (II Timothy 3:16). Look for three things as you study Daniel: 1. the promotions of the men dedicated to the Lord, (from captives to prime minister) 2. the hand of God in the affairs of men, and lastly, 3. the protection of those who serve God, (the lion’s den and fiery furnace, Dan. 3:15-18). May God bless your study of His Word.